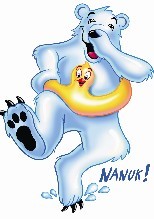 This weekend is always one of our most popular events of the year. It’s our Special Olympic Charity weekend and we have a tournament and level for every player. In the sand, we have a 4’s rec. and int. tournament beginning at 9:30 am. Also beginning at 8:30am is a Men’s and Women’s Hard court tournament. To wrap up the day, we have a 3’s Int. and ADV tournament beginning at 4:30. It’s going to be a busy day, so clear your calendars and plan on a whole lot of volleyball!!! The Nova Fee is not required for this event.

Special Olympics is an international organization that changes lives by promoting understanding, acceptance and inclusion between people with and without intellectual disabilities. Special Olympics has created a model community that celebrates people’s diverse gifts. Founded in 1968 by Eunice Kennedy Shriver, Special Olympics provides people with intellectual disabilities continuing opportunities to realize their potential, develop physical fitness, demonstrate courage and experience joy and friendship. Our founder, Dorothy Buehring Phillips, established the Special Olympics New York program in 1969. That same year, New York sent a delegation of athletes and coaches to the Northeast Regional Special Olympics competition in Boston, Massachusetts. Special Olympics New York was fully incorporated in 1970 and Phillips was appointed the first State Director. In June, 1970, the first State Summer Games were held in Rochester.

Bookings are closed for this event.

Given the current Covid surge, Hot Shots Beach Volleyball will be pushing the “Pause” button through January 15th, 2022. This one-week break will allow both our customers and staff an opportunity to take a break and get healthy. We will not be open to the public for that week.

This means that there will be NO Leagues, Court Reservations, or Tournaments through the 15th of January. Back to business Sunday the 16th.

This will NOT affect the Juniors Club Training that will take place during that week. Parents and coaches will be asked to follow all CDC guidelines as in the past. So, if there are any questions regarding child’s training, please call their coach.

Updated league schedules will be provided at the end of next week provided no other disasters occur between now and then.

Thanks for your understanding.

As we enter the new year, the staff at Hot Shots decided to update a bunch of things, including our websites!

This is a work in progress and will be done soon! Please be understanding and if you have any questions, let us know!

Thank you for understanding!

With the summer right around the corner, we have updates for NOVA and Hot Shots. All the following information is also pending on government and state official recommendations.

When our leagues and tournaments get closer to starting, we will post office hours where you may call with any questions or register over phone, email, or fax to limit contact and travel. We hope that everyone is continuing to stay safe. We cannot wait to see everyone back to playing the sport they love with this great family that we have built at Hot Shots.

Hope this finds you safe and doing your best. I know this is a time of uncertainty and we are all not sure what to expect in the upcoming weeks. This pandemic is something that is a serious concern for us all. We have a responsibility to all our patrons and staff members to keep everyone safe. Our hope is that everyone understands that we are making these decisions, not only under the recommendation of several governing bodies, but because we feel it is in the best interest of everyone.

With the future being unknown and changing everyday with state and local news, we promise to update everyone who is registered in a current and future league, a clinic, or other program with Hot Shots as soon as we have answers and information.

Due to the complexity of this evolving situation, we may not have definitive answers to your questions and concerns at this time but, are striving to get to that point.

We would like to reassure people at this point, that we plan to reopen & pick up where we left off. We do not have plans to cancel any leagues, but rather to restart strong. Patience will pay off. We are following the advice of our financial advisors and expect to be able to open back up as soon as the government allows.

Hot Shots knows that the volleyball community is strong, and we cannot wait to see everyone again. Thank you to everyone who has been posting pictures of good times had at Hot Shots on social media. There have been so many amazing friendships, relationships, and lifetime memories that have been made through this community. Thank you all for the support!! Also, thanks to EVERYONE who has shared so many awesome photos. We love it!! Please everyone, stay safe! We can’t wait for the day to share the news that #HotShotsVolleyball is back open!!